So this morning, while I was complaining about having to do completely normal things that EVERYONE does every day, like GO TO WORK, I totally forgot about one of the monsters I made a while ago. To be fair it was 7am and I was only halfway through brew number 1. Anyway, this is the best one I think I've made so far, apart from possibly my dad's one. 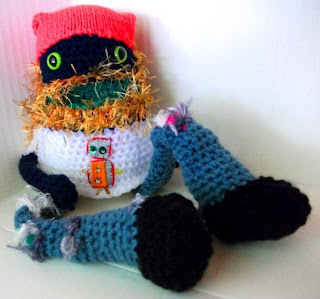 It's Jim. He's Emily's boyfriend. He was fun to make. He wears ripped jeans and pirate bandanas and shit and has a sweet beard.

A story. About thirteen million years ago when Emily asked Jim if he wanted to be a monster, he asked if he could have an accessory. Specifically, a pallet. Not an artist's palette, or even a palate, but a wooden pallet. So I rose to the challenge! Yeah I did!

You KNOW I love making accessories for the monsters. It's fun. Also, I used to work for Chep UK for ages, a few years ago. If you don't know who they are, you need to be ashamed, they make pallets. My job was to take phone calls from lorry drivers who were trying to collect them from supermarkets and stuff, and who couldn't for whatever reason. Then I had to phone up the supermarkets and shout at them, then I had to phone the drivers back and say, okay just leave. It was the stupidest job ever. Actually it was fine. The hardest part was trying to explain to other people what exactly I did all day.

ANYWAY. In a sort of ludicrous tribute to my old job, I decided to give Jim a Chep pallet. Chep pallets are blue. Here's one. 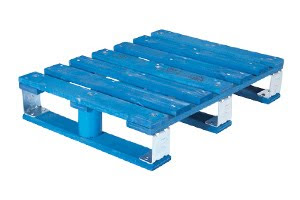 In case you couldn't visualise a blue pallet. I am really spoon-feeding you guys. Sooo... this is what I came up with. 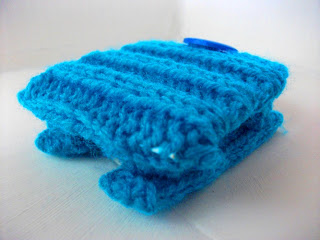 It's EXACTLY the same and shut up.

It buttons neatly onto the underside of Jim's arm so he can carry it around and discard it as he jolly well pleases. 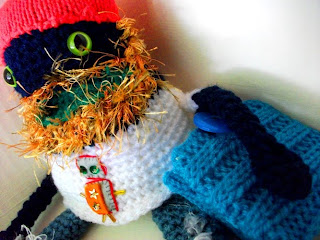 Look how bloody happy he is. 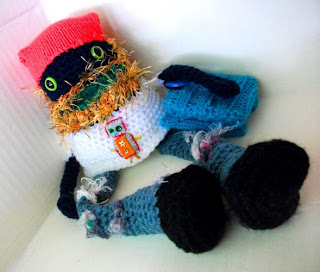 Posted by helenmakes at 13:05 No comments:

Okay so I just realised I haven't updated here for a long while. Then I realised I don't have any new stuff to update it with. This working full time malarkey is getting to me again. I seriously don't understand how anyone can do it, really. I mean, I know no one wants to go to work, but I am struggling to get ANYTHING done, and I'm super tired, and I think I have to work there til December, so I'm just going to have to get on with it and make more of an effort. Aargh, it's rubbish. The job is okay though. It's no eye hospital, that's for certain.

Anyway, I am actually going to be late for work if I carry on this whingeing, which I'm sure is amazing fun to read also, so I will stop. Here are some photos of monsters I have made for people over the last few months and not posted before: 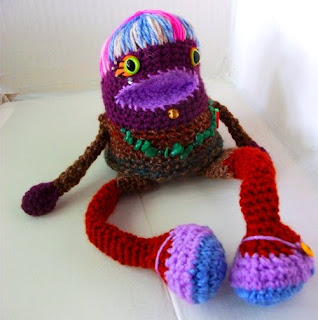 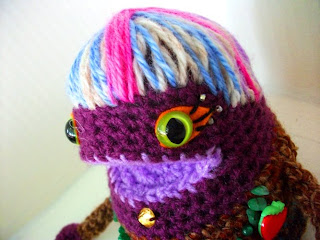 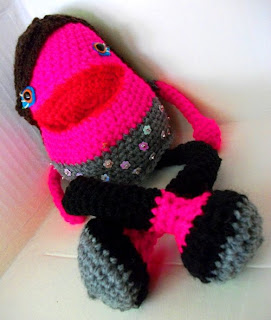 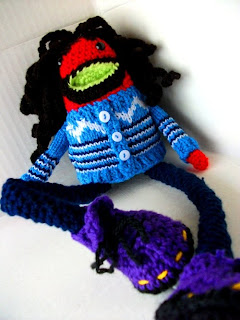 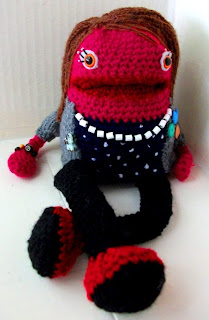 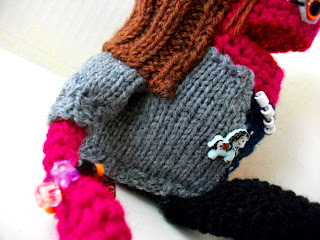 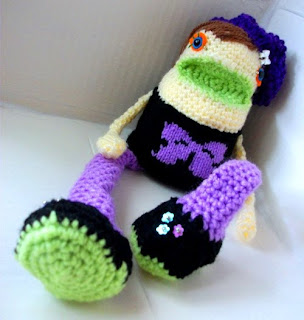 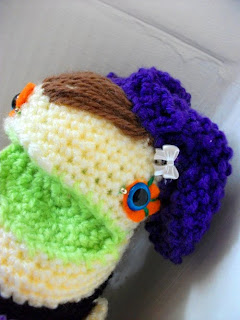 Hope you like them. I do have some non-monstery things on the go, but they are taking forever. I am planning some serious gettin' stuff done, so hopefully it won't take too long to get photos up! Right, gotta run! I am LATE!
Posted by helenmakes at 23:24 No comments:

All right you crazy guys, I have new photos which are AWESOME. I went round to Dad's last night to present him with the monster, as promised, and he liked it loads! Hooray! And the cats didn't get to maul it! Yesssss. Although, they are a bit lethargic what with the clement weather we are having, so when it gets a bit cooler perhaps Archie will get a bit sparkier and give it some good gnawin'.

What am I talking about. Anyway, I took some photos. 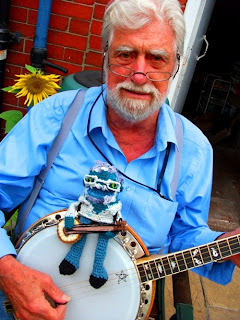 Aaaahhhhhhhh! It's good right? When I showed Nic the monster she thought it was Rolf Harris. 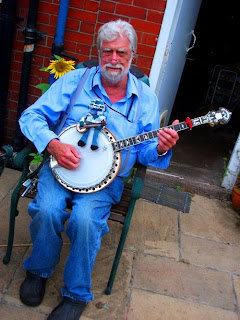 You can see a sunflower that he grew out of a bit of birdseed. I think he deliberately positioned his chair there so it would be in the photo.

That's all folks.
Posted by helenmakes at 23:41 No comments: