Hello. I am writing a post because I am supposed to be doing interview prep, but it's Saturday night and you can't make me, you're not my real mum. Also, I haven't got anything else to do. Hooray, I'm really cool.

So it's nearly Christmas, oh boy. I have done two craft fairs in the past couple of weeks, and by 'done' I mean I have sat behind tables and occasionally smiled at people. I'm really good at that, I've been a receptionist for ages now which gives me the practice. I was supposed to take photos of my craft stalls, but they always look the same. I did the Chorlton Arts Festival one, at St Clements Church, and I did actually take some pictures but they're useless. Look. 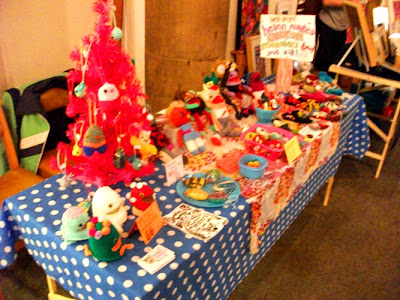 Sigh. Here's some pairs of mittens I made. 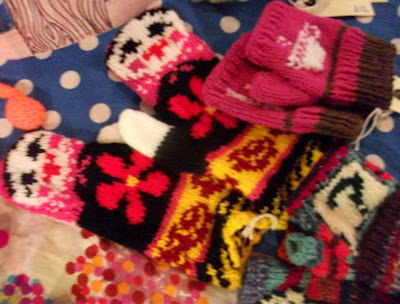 Forgot to put the flash on.

I didn't even bother to take any photos at the craft fair I was at today, at the Zion Arts Centre in Hulme (there's no place like Hulme). It was really fun though, I met some lovely craftspeople and there was all sorts going on for the kiddies, like screenprinting t-shirts and general chucking paint about and making a nice mess. So instead I'm going to show you some gloves that I found at my mum's house. You ready?

These are gloves me and my sister used to wear as littluns, fascinating. I have taken these photos Facebook style in the mirror, because there was no one else there apart from my dad and he didn't seem very interested. I don't know why. 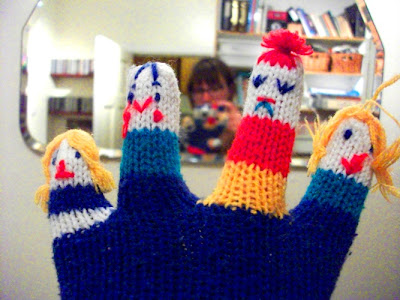 I like the second one from the left with his bleeding eye. I wish these fitted me. 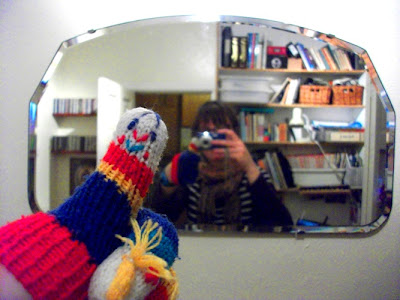 Second: interesting design here, they have a miniature glove in the same colours, attached to the back of the glove by a string. Why? Also, in this (crap) photo you can see how my massive hand won't fit in the glove at all. 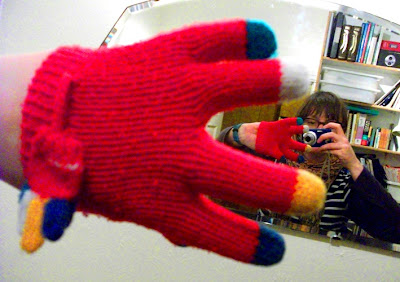 Third: the best glove/mitten I have ever seen. You couldn't do anything with these on, and why should you? You've got LIONS for hands!! I pretended that the lion was going to bite the cat's face, but he wasn't scared. My mum's cats are hardcore. 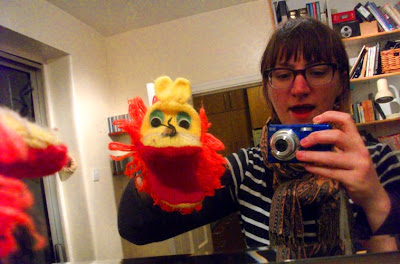 Right well, I have done that now, so I best get back to whatever I was supposed to be doing. Eating everyone's Christmas presents in my pyjamas. Bye! Happy Christmas if I don't see you before! Bye! xx
Posted by helenmakes at 13:31 No comments: