So two weeks ago we held our first workshop, so far so good, we made some squares, more than I had imagined, it was fabby.

THEN, last week I wasn't in Manchester, Kelly stood in as workshop lady, no one turned up, she cried and went home. I hoped people hadn't lost their momentum, and it was just because it was a bank holiday and raining.

Last night I was completely astounded, and moved, and excited, and demented. LOADS of people came, LOADS. 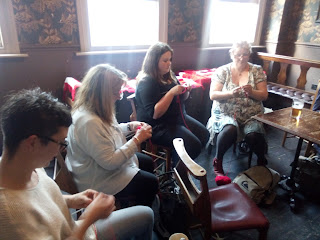 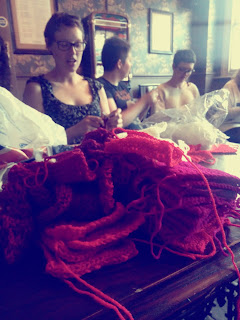 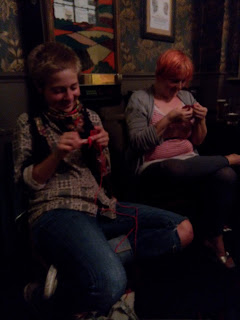 It's gone dark in this one. 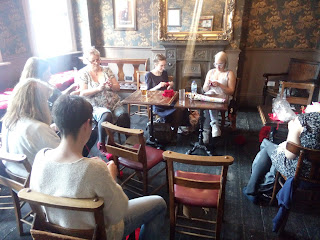 As you can see it's a bit of whatever the opposite of a sausage-fest is (Becca's suggestion: clam-jam)

We want more boys! Do you know any crafty boys? GIVE THEM TO ME

Are you wondering what the banner looks like by the way? Have some of that. 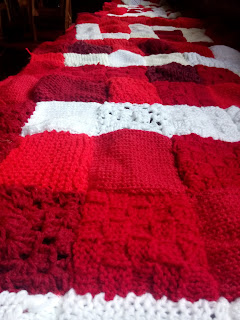 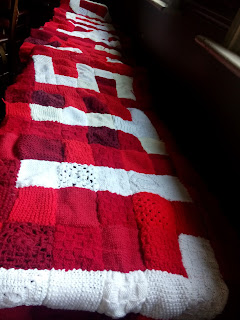 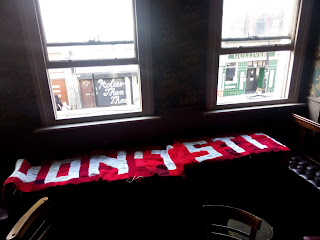 OKAY so this is the banner half-finished. I think I have enough red and white squares to finish the banner within the next couple of weeks, which is utterly, utterly bonkers seeing as how we only started properly two weeks ago. Knitters are angry, guys! So angry they could knit!

NOW don't think you are allowed to stop being a crafter against cuts just yet. I've got a lot of leftover squares and I thought we could sew them together for blankets, for the Calais appeal or for the homeless camps in Manchester (or anywhere). If you've got any ideas, let me know. We're doing good, don't let's stop now! So there will still be another workshop next Monday so COME.